Destination Georgetown is a 501(c)(3), Main Street Organization dedicated to the revitalization of historic Georgetown, IN.

We are a group of passionate advocates, dedicated volunteers, influential stakeholders, and community organizers who work every day to bridge the gap between the town council, community members and local businesses, to revitalize historic downtown, help create jobs, and foster pride in our community.

Our vision is to make Georgetown an enjoyable destination for our community to live, work, play and relax.

The goal of the group is to advance the welfare of Georgetown by historic preservation, economic development and beautification that will revitalize and promote historic downtown along with the surrounding neighborhoods and businesses within the township.

Georgetown dates back to its first settlement in 1805 by Patrick Shields. Shortly after, several families settled from North Carolina, Virginia and Kentucky. In 1807, George Waltz moved to the area and Georgetown (named for Waltz) was platted by him in 1833. Farmers began to move to the area because of its more productive soil and crops began to be used to make whiskey. With the establishment of many distilleries, the road going through Georgetown was renamed to Whiskey Run. In 1835, the Wolfe Hotel opened to house stagecoach passengers as they passed through. In 1837, the post office was established.

Throughout the next 100 years the distilleries closed but the town was still growing gradually. In 1882, Duncan Tunnel was completed just east of the current town of Georgetown but still residing in its township. The longest tunnel in Indiana at 4,689 feet brought the sound of the locomotive to Georgetown. The railroad connected New Albany to St. Louis and came right through Georgetown.

Over the next 70 years, many historic buildings were built that are still standing today. Several notable buildings include the Georgetown Township Consolidated School (1925), Georgetown Firehouse (c. 1940), Wolfe Hotel (1835), Georgetown Bank (1909), First United Brethren Church (1843), Sherman Minton Birthplace (1858), and George R. Fox Saloon (c. 1910). Population grew from around 300 in 1880’s to around 500 in the 1950’s. Over the last three decades Georgetown has faced a gradual increase with a current population estimate of 3,210. The historic district was listed on the National Register of Historic Places in 2013.

Currently the town is in the cross hairs of the urban sprawl that is moving west from Downtown Louisville, which is located only 15 minutes from downtown Georgetown. This influence has been very noticeable in the last decade and is bringing ever-increasing pressure to revitalize old downtown.

From 2010 to 2015, population increased over 11% and is increasing more rapidly than any other part of Floyd County. A population estimate from a 10-mile radius estimates over 119,000 people. Just outside the town’s taxing district but still inside the township of Georgetown two major real estate developments have begun or are in the planning stages with the county having investment in it. Knob Hill development will have over 400 single family and multi-family units, with possible commercial development. The adjacent development is a product of the Indiana Landmarks and will include spacious development of over 100 units of single family, luxury apartments, and commercial properties. Recent rumors have some thinking that an industrial park adjacent to other new developments is even a possibility. The urban sprawl is clearly making its mark in Georgetown, the time is now for the revitalization of Georgetown’s historic district. 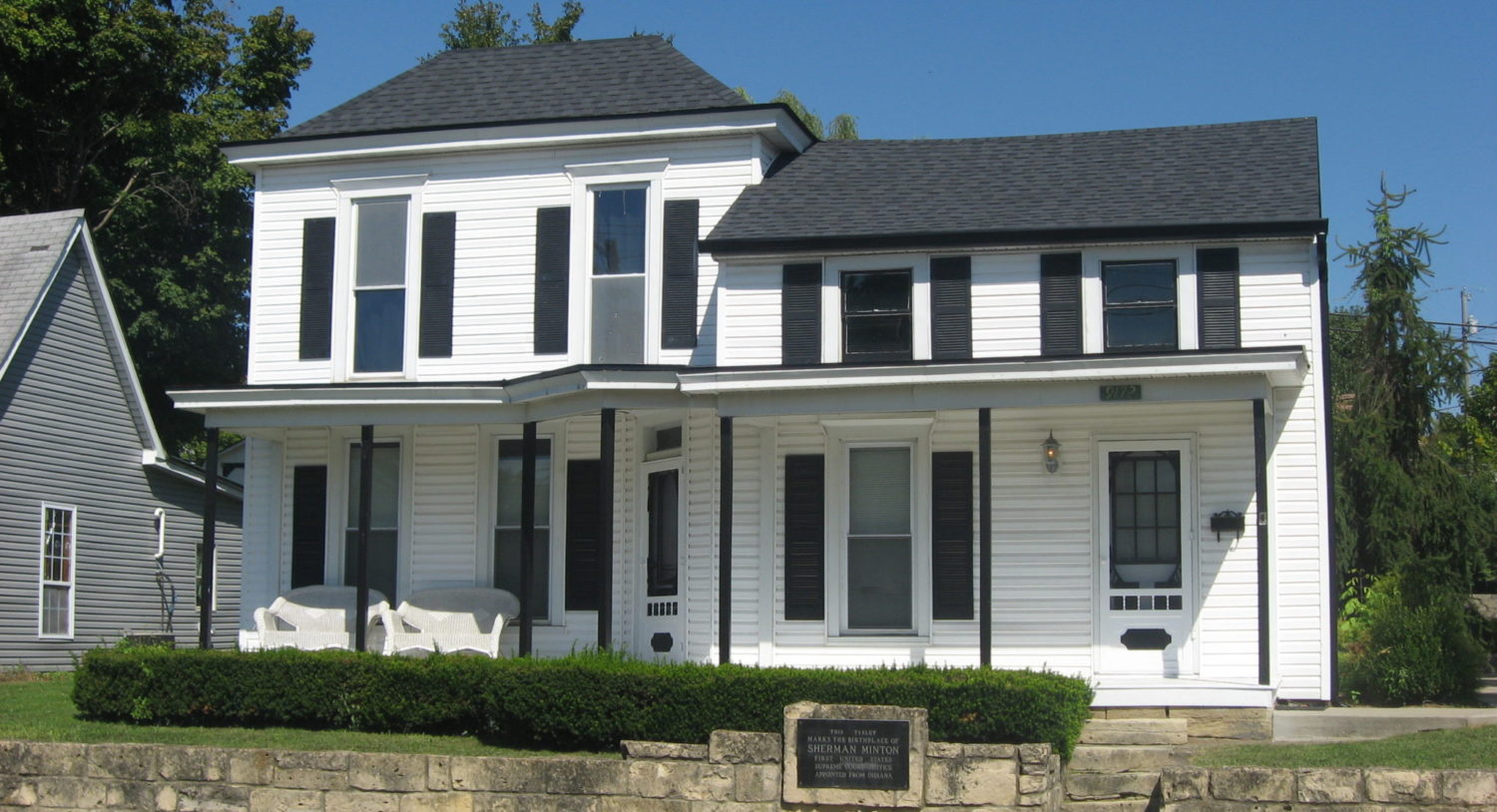 The unique challenge for the revitalization of downtown is the architecture of the buildings. Most were built as residential properties, but with creativity and planning there is the possibility for downtown to be a unique commercial opportunity. A tattoo parlor, donut shop, hair stylist, pet grooming, automotive dealership and auto repair shop already call downtown Georgetown home and have been there for several years. A recent retail spending gap analysis done with a 1-mile radius from the center of downtown Georgetown showed that there are other opportunities. These included; home furnishing stores, electronic and appliances; sporting goods, hobby, and books and music stores; and office supply and gift stores; with an average demand supply of $600,000. If you move out to a 5-mile radius the gap between supply and demand grows exceptionally to $203,000,000.

With the Urban Sprawl bearing down, the Town Board approved a revitalization plan put together via Indiana Office of Community and Rural Affairs (OCRA). This plan brings an opportunity for much wanted and welcomed revitalization effort to the downtown area. Community members and local businesses want to help manage this growth and make Georgetown a destination to live, work, play, and relax.